During the Rhinoweek in October 2017 we offered our visitors the challenge to donate their faces for nature!

We need voices … people who are willing to speak up for the natural environment and more … to listen to those who have different opinions to ours … the good news and the ugly news. The conservation of our nature is a concern for all of us.

Photographer Marie-Claire Greve has made many portraits during the Rhinoweek in October 2017 in Amsterdam. On next events organized by the Alliance for Nature she will continue this work.

Protecting rhinos is not a luxury we can choose to enjoy,
it’s a moral duty to nature.

To save the rhino we need to act now! Before it's too late!

Let us not allow the human footprint to selfishly eradicate the much older species that have survived for so long.

Your small step today will make a big difference tomorrow if we all work together..

Once you have seen a mother Rhino with her calf, you immediately realize she is one of us! SAVE THEM

Nature is past, present and future!

We are all rhinos

We are one #thelionking

We would like to tell our grand children how we have saved the rhino – not how we have lost her.

I would like to pass on nature to my children

Nature. That is me, us

I care for nature and will make sure others do too!
(8 years old)

No nature, no (inner) peace!

Nature gives me peace and inspiration

We all live and die. Are you willing to carry such a great burden?

The rhino… So beautiful! So impressive! The rhino must never extinct!

Hands off of nature! Hands on for nature!

What we do to nature, we do to ourselves

Unless someone like you cares a whole awful lot, nothing is going to get better. It’s not. The borax Dr. Seuss

Love is the source of life and the source of nature. And mankind is just one species of the great variety. Let us celebrate love!

The greatness of mankind is defined by how we treat all living things around us.

Love is the source of life and the source of nature. And mankind is just one species of the great variety. Let us celebrate love!

I love nature. We need nature. Let’s be careful

It would be so sad, to put it mildly, if the Rhino, and so many other species, in our lives, in my life, would extinct. That would be unforgivable and I am very willing to help preventing that.  I have never been a fan of great achievements, but i believe that if we work together, this can be done!

If the rhino extincts, a part of nature will disappear. And when nature disappears, trees will also disappear. Eventually humanity will then extinct. (8 years old)

Nature does not belong to us. We are part of it.

Something inside so strong.

Not on our watch!

The issue should never be about the extinction of any animal, it should always be about the cruelty and exploitation that will lead to their extinction. We all must save the Rhino.

Together we should strive to leave nature behind in a better state than we received it.

Grateful to be amongst these majestic creatures… Humbled!

We did not inherit this planet from our parents, we borrow it from our children

We do not own our earth we have the privilege of living it. Love it! Don’t destroy it. Embrace it!

If you hurt the world and nature, then nature and the world will hurt you too! (9 years old)

Biodiversity is the spice of life!

Nature is inside all of us, let’s live accordingly

Will you join us in standing watch over the Rhino…?
(We just don’t know for how much longer they’ll be around)

Isn't it bizarre that every rhino, whether in the wild, in a zoo or in a museum, dead or alive, is endangered? The horn, made of keratine, just like our nails and hair, is heavily sought after in Asia as a symbol of status and wealth. It is used for making jewellery and very often as a stimulant for human consumption.

We are not of course against the use of status symbols or stimulants for consumption in general, but if they cause serious damage to Nature and induce the murder of a very special animal that has been around for over 60 million years, then we just have to do something about it.

In Africa and Asia, very rare and precious rhinos are grazing under the supervision of heavily armed bodyguards. The rangers, normally armed only with pocket knives and hunting rifles, have now become soldiers with Kalasjnikovs. That level of protection is absolutely necessary and it starts with the baby Rhinos.

In the end it is about the protection of mankind, Think about it… Although we stand on two feet, dress oursleves, and make phone calls in an urban environment, humans and Nature are still one. What we do to Nature we inflict upon ourselves. Without Nature we are nowhere, we will die of thirst and hunger.

During the RHINOWEEK at Gustav Mahlerplein in Amsterdam we will guard two symbolic endangered Rhinos, 24/7. Will you join us for a 2 hour vigil? Do we stand guard over the Rhino or watch over its demise? Or is it about the future of Nature and the future of Mankind?

It is going to be very special, memorable and fun but mostly it’s going to make sense. You might think its a hard thing to do, but if you take care of those two Rhinos, you will also be taken care of in a special way.

Coffee, tea, cakes and the restroom around the corner, everything is taken care of in the concrete jungle of the 'Zuidas'. You might be standing watch alongside a well known actor/actress, a princess, a world famous DJ, a commentator, an artist, writer or famous Olympian. After your shift we will ask you to sign one of the Rhinos and write in our logbook. We are sure you will have been thinking a lot while standing in the inevitable Dutch rain.

Vincent Mock (1980) the artist inhabits many worlds. The African wilderness, the depths of the ocean; his sense of responsibility as an environmentalist always reflected in his work. Life-size sculptures of endangered marine animals, giant deer antlers adorned with glass beads, an engraved golden skull of a rhinoceros are but a few of the many artworks he has created to communicate his ideas about the world we live in. Whether contemplating the transience of life on earth or asking questions regarding the complexities of human consciousness, Mock does not allow us to rest easily, he excites our imagination and reminds us of our interdependence with the natural world, or perhaps the link we are losing. He lives and works in Amsterdam.

Why Rhinoweek & Alliance:
It’s quite simple. If humans are not capable of saving the last remaining megafauna, we will not survive ourselves.

These animals inspire us and make us ask existential questions. We need iconic species such as rhino’s and their habitat to still feel the connection to ancient wilderness.

Personally, I never want to be asked the question by the next generation why I did nothing while having the chance. The ALLIANCE provides an opportunity for people and organizations to blend, create momentum for the new paradigm and awaken in time for us to change the course of the natural world.

Tuesday 10th October
Can you imagine… A kilo of rhino horn is worth more than a kilo of gold or even cocaine. Grind it into powder, put a sticker on it that reads ‘Cookie Ingredients’ and add some cinnamon. Scanners and drug dogs will not be able to stop you and you can easily pass customs with a big smile on your face! So how do we stop these criminals, these gangs? How do we stop this complete idiots to extinct primordial animal species without scrupules?

Share your thoughts and ideas with speakers from South Africa, the University of Utrecht and the Wildlife Justice Commission and contribute your skills. For the full programme please check the calender.

During the RhinoWeek 2017 in Amsterdam there is a special program for the World Wildlife Fund's Rangers on Wednesday 11th October. At 10:00 hours and 14:00 hours three special guests will give a presentation. Ian McCallum, Voice for the Voiceless, Jan Kees Schakel of SensingClues and South African Jessica Babich from the Rhinos of the Waterberg project.

Ian McCallum has been involved in the #Vietnambemyhero project and is Trails specialist. Jan Kees Schakel is happy to inform you with solutions to detect poachers and finding rhinos with today's technology. He owns a company that manufactures sensors that can distinguish the sound of different animals and recognize people's voices. Jessica Babich has been working with schools in South Africa for years to keep, among other things, her own rhinoceros.

What can we learn from the students there and how can we help them from here? In addition, there is a photo and art exhibition throughout the day, and you can also give your own creative input. A sustainable paper manufacturer has provided us with a pallet of A3 sheets of paper to use for painting, drawing, writing and so on. The intention is to make our voice known to young people in Vietnam and China to protect the rhino together. There are many wildlife crimes in those countries and the horns are still being used for ridiculous purposes. To let the students and young people know that we are also committed to protect the rhinoceros, we want to create messages for them. The drawings  and other pieces of art will be sent to schools in Vietnam and China by WWF.

Do you want to attend one of the two sessions and contribute? There are 80 seats available per session! Please create your message for China and Vietnam? Just stop by: you are welcome all day!

OFFICIAL OPENING OF THE RHINOWEEK

Please note the morning session is for representatives of companies

The RhinoSummit is by invitation only.
However, if you would like to know if you can still join, please ask:
info@rhinoweek.org

This is not the end just the beginning... 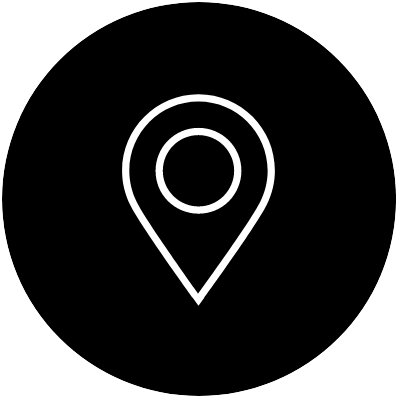